Rockwell Tools Coupon Codes For Black Friday And Cyber Monday Plus Bonus Year End Code
Chris   November 18, 2014   0   1
If you are paying full price this holiday season you are probably overpaying. With Christmas soon approaching, all it takes is a little research and you could be saving big on your holiday shopping. In this case, however, there is no research involved; Tool-Rank has teamed up with Rockwell Tools to offer coupon codes for Black Friday, Cyber Monday, and even a code that is good for the rest of 2014.
Read more Lowe’s Black Friday Deals Leaked Early
Chris   November 05, 2014   0   1
Some of the Black Friday deals from Lowe’s had reportedly been leaked early online; but there is one problem, Lowe’s is the one that leaked them, and it wasn’t an accident. As of now Lowe’s has “leaked” (in their words) two of their Black Friday deals on their Vine account, with more to come over the few days. SHOP – Lowe’s
Read more

Amazon 2014 Black Friday Power Tool Deals Start Now
Chris   November 04, 2014   0   1
Sure Black Friday is still a few weeks away, but that doesn’t mean you can’t get in on the online savings right now. Amazon has some Pre Black Friday deals on power tools and other home improvements items in their annual countdown to Black Friday.
Read more Hot Deal: 20% Off Select Pennington Grass Seed At Lowe’s
Chris   September 09, 2014   0   1
It is getting to be that time of the year again, the time when it is best to plant your grass seed. Not too hot that your freshly seeded grass will have a hard time growing, and not too cold that your grass will go dormant and not grow at all. Knowing that it is grass growing season, Lowe’s has a selection of Pennington Smart Seed on sale for 20% off for this week.
Read more DeWalt DW745 Compact Table Saw On Sale For $269 At HomeDepot (Update: & Amazon)
Chris   May 28, 2014   0   1
If you are looking for a table saw at a bargain price, look no further than the DeWalt DW745 10-inch Compact Table Saw. I happened to notice that HomeDepot.com has them for the low price of only $269.00. A quick look around the internet and you will see this is priced lower than even refurbished models.
Read more 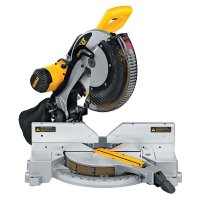 Limited Time HomeDepot PRO Sale Delivers Big Savings
Chris   May 20, 2014   0   0
If you are subscribed to the HomeDepot PRO newsletter you are probably used to them sending you a lot a mail with hardly any value in them; but every once in a great while they have a coupon or sale in them that makes it all worth it. Yesterday's email was one of the rare gems, announcing an online sale on select Milwaukee Tools, Ridgid tools, Pnuematic compressors and nailers, and more. And this isn't just a regular sale, the saving on some of the items is big. An 18-Volt Milwaukee Hammer...
Read more